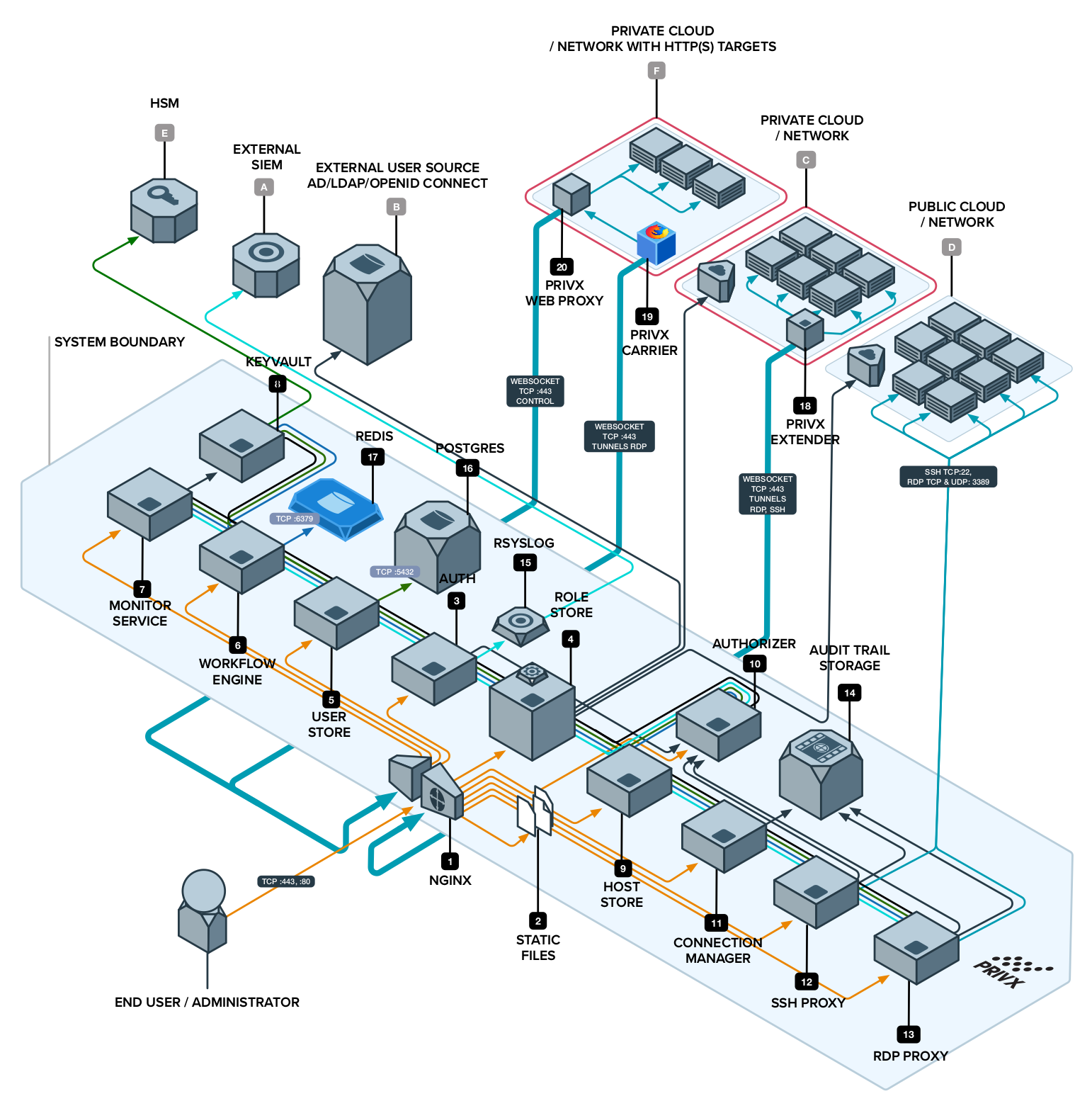 See the following sections for more information on the PrivX microservices.

PrivX Web Proxy intercepts the traffic from the Firefox containers to the target hosts and provides secrets on the fly.

Did you find it helpful? Yes No

Send feedback
Sorry we couldn't be helpful. Help us improve this article with your feedback.